ANZAC DAY #SALE! Going On at Wayward Ink Publishing and at All Romance Books 24-26-APRIL-2016! 50% OFF EVERYTHING – INCLUDING COMING SOON TITLES


ANZAC DAY is a national day of remembrance observed on 25 April each year in Australia and New Zealand that broadly commemorates all Australians and New Zealanders “who served and died in all wars, conflicts, and peacekeeping operations” and “the contribution and suffering of all those who have served.”
Anzac Day was originally intended to honour the members of the Australian and New Zealand Army Corps (ANZAC) who fought at Gallipoli against the Ottoman Empire during the first World War.
Over time, however, Anzac Day has grown beyond the anniversary of the landing on Gallipoli in 1915. It is the day on which we remember all Australians who served and died in war and on operational service. The spirit of Anzac, with its qualities of courage, mateship, and sacrifice, continues to have meaning and relevance for our sense of national identity.


WHEN YOU GO HOME TELL THEM OF US AND SAY:
“FOR YOUR TOMORROW WE GAVE OUR TODAY” 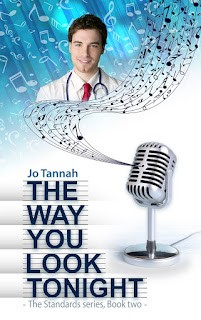 As a member of a wealthy and influential family, Jaime “Jamie” Abello had his life mapped out. Being shipped off to LA with an insurance scam linked to his name was not part of his plan.
It had seemed so simple: pass the Philippines Medical Board Exam;practice in the family-owned and -controlled hospital; join the Board by age forty; and find a partner with whom he could settle down and be himself.
Instead, his father supplies him with a surfeit of money and dangerous secrets and sends him to a strange country.
The Pediatric Residency Program Jamie applies for brings him face to face with untouchable
Program Director, Miles Kwon, whom Jamie soon finds to be a man of integrity and vision.
When tragedy strikes, Jamie finds himself falling deeper into depression. Unexpectedly, it’s
Miles who helps him work through his pain.
Will Jamie ever experience a life with a loving partner, or will his father's secrets cause him to lose everything he’s gained? 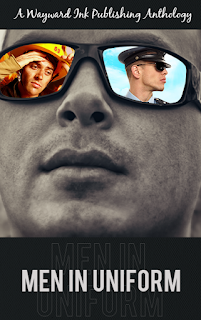 MEN IN UNIFORM: A WAYWARD INK PUBLISHING ANTHOLOGYAll RomanceBy: Alina Popescu | C. J. Baty | Carol Pedroso | Eddy LeFey |  Eric Gober | Jim Dunaway | Jo Tannah | Kassandra Lea |  Lily Velden Published By: Wayward Ink PublishingPublished: Dec 18, 2015 SBN # 9781925222722Word Count: 105,887Price: $6.99 $1.99
Like your boys in blue keeping the… peace? Hot firemen dealing with… heat?Naval Officers getting in way too… deep? Perhaps you have a ‘thing’ for marines…Or do you prefer your Men In Uniform to belong in the future?Another galaxy?Another time? Wherever your love of a uniform leads you, MEN IN UNIFORM has something for you.
Posted by multitaskingmomma at 2:54 AM