Check out the excerpt and book trailer below. It's creepy! 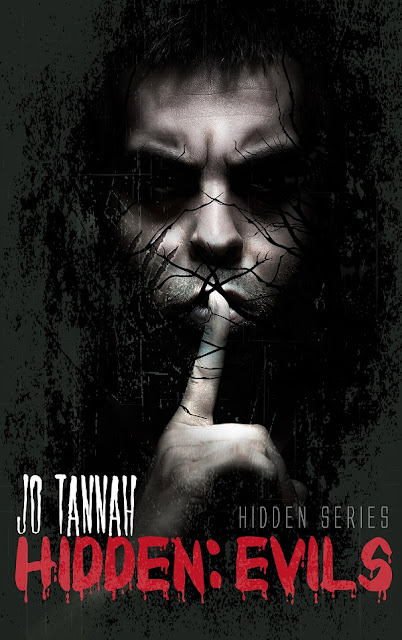 Sebastian Torres is a healer and midwife both by trade and by calling. He’s spent the past three years as the only male midwife in a local hospital. Anthony Craig is intrigued by Sebastian, finding him professional and attractive; although, he can’t help wondering why Sebastian never dates the same man twice. When several pregnant women die in maternity wards a few states away, their fetuses missing, the police are baffled at the strange circumstances surrounding their deaths. Could there be a serial killer on the loose? As the number of deaths escalates, Sebastian suspects a monster of legend, rather than one of the human variety, is responsible. Sebastian knows he is the only thing standing in the monster’s way, but in order to save innocent lives he must reveal his secret to Anthony. Will Sebastian’s revelation prove too much and drive Anthony away? 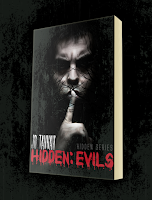 MYLA O’BRIAN slowed her car, squinting at the dark road ahead. Something was sitting in the middle of the lane, hunkered down, unmoving. The thing raised its head and glowing red eyes reflected the headlights. Frightened, Myla sped up. She was unwilling to risk safety for the sake of morbid curiosity. As she passed, she caught a glimpse of the crouching figure. She swore the head turned to face her, big, round, red eyes glowing malevolently. Then Myla heard, or rather felt, the low thumping sound, mimicking the beat of her frightened heart.

Petrified, she looked in the rear view mirror, surprised to see there was nothing behind her. However, the strange thumping continued to follow her. Stepping harder on the accelerator, she raced down the dark and empty road, the beat of her heart increasing the faster she drove.

Finally spotting her house ahead, she yanked the steering wheel quickly to the right and turned into the driveway, hitting several flower pots lining it along the way. Afraid she was experiencing yet another panic attack, she leaped out of the car as fast as her ungainly body allowed, slamming the door hard behind her, and hurried to her front door. Feeling something watching her, she looked around, eyes wide with fear, her breath erratic. She forced the key into the lock with a shaking hand. Seeing nothing beyond the dark avenue leading to her street, except the neighboring houses, dark with only their porch lights on, she pushed with her shoulder and foot to open the door.

Myla breathed a sigh of relief when at last she managed to close and lock the door. Hand on the door knob, breath harsh in the quiet of her home, she peered out of the eyehole to check if anything had followed. Other than the broken pots in her driveway, there was nothing in the darkness. 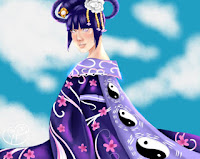 I am a wife, mother and blogger by day, a writer by night. It can be difficult to say the least but it is a challenge that keeps me on my toes. I grew up listening to folk tales my father and nannies told either to entertain us children or to send home a message. These narratives I kept with me and finally I wrote them down in a journal way back when I kept one. Going through junk led to a long forgotten box and in it was the journal. Reading over the stories of romance, science fiction and horror I had taken time to put to paper, brought to light that these were tales I never met in my readings.
The tales I write are fictional but all of them are based on what I grew up with and still dream about. That they have an M/M twist is simply for my pleasure. And I hope, yours as well.

Wayward Ink Publishing is having a Fantasy-Supernatural-Paranormal #Sale for all related titles from 23-29 May, 2016 of which HIDDEN: EVILS is one of the titles. The sale will be 40% off on the WIP website and 35% off on all other 3rd party sites.

Posted by multitaskingmomma at 8:18 PM