PreOrder Link for Over The Rainbow is now Live: #Charity #MM #Anthology for the Victims of #Orlando 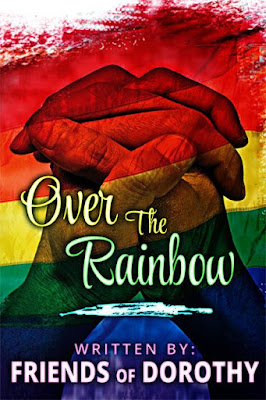 
Until we meet again on the other side of the rainbow.

We all woke up to the terrible news on Sunday 12th June, 2016, of the horrific attack in Orlando, and not only did it affect the LGBT community, it also outraged the world.
So many of us felt powerless as we watched the horror unfold upon our screens, but Patricia Strehle had a remarkable idea, one that would galvanize an entire community into action. Patricia brought a group of people together with the idea of creating a book, an anthology, and donating all the proceeds from its sale to the families affected by this terrible tragedy.
Over The Rainbow is the result—stories contributed by so many wonderful authors from all over the world. These stories are meant to inspire, to warm the heart, to bring a smile or a gentle laugh to help guide us all through the darkness, and to remind us that we all inhabit this world together, that we need to be kind, and that sometimes, we just need to follow that yellow brick road hand in hand.
All sales proceeds from this Anthology will go to the following Charity: https://www.gofundme.com/PulseVictimsFund

Hi guys, this is a post I hesitated to put up. I didn't want to focus on the marketing aspect of this incredible anthology but if I don't then no one would know about it.

Who can forget that terrifying day of June 12, 2016? I definitely never will but I have to be honest, I saw it announced on TV and dismissed it. I did, yes. It was another horrendous breaking news where a psychopath got the courage (note sarcasm) to express his feelings using a gun that should never have been sold to a civilian in the first place. I was getting tired of it. Who isn't?

That is a behavior I'll never repeat for everything that happens can impact our lives. It did mine.

Mind you, before you judge, I handled guns. Note, it's past tense. I come from a country where the inability to use a gun is just plain stupidity. I come from a time before Martial Law was put into place. I come from a country where gun fights a la O.K. Corral was an everyday occurrence. I grew up seeing people bringing high powered guns everywhere and I did get trained using them—by my father along with my brothers. However, my father did it with a lot of caution and a whole lot of love. He had to do it. It was a necessity for us, growing up. Being female. After Martial Law, things got a bit quieter and I grew up in a country where the political tension simmered. When ML was lifted, we could all use guns again, but this time within the confines of a gun club and under strict government control on licenses. A decade later, more laws were passed and it grew harder and harder to use or even buy a gun. Time passed and now my country only has one computer to handle all the gun licensing and it is very difficult for everyone and anyone. Through all these years, you could only count on one hand the incidents like those happening in the U.S. Barely even. Don't blame me if I got sick opening CNN and the news is another stupid act of violence.

But something caught my attention hours later.

The number of deaths was a shock to see on the television screen. It involved people who were just having fun in a club they deemed safe. The victims were young men and women, lovers, parents, new graduates, even a mother who only went to the club to celebrate another cancer remission.

The tears began to fall and they continued to fall for days. Not two or three days. More like, a whole week. The reading of the names, that broke me and many more who monitored the news and other social media.

I didn't know how to reach out or to help. That is, until I chanced upon a post on Facebook. It called for authors to donate a short story that would celebrate life and love. I shared it and continued to monitor, not knowing who to call, how to connect, or even what to write if I ever did. It's quite difficult to come up with a light-hearted story when all I could do was cry.

But then, as they say, when the plot bunny comes knocking, you answer the door. I sat down and wrote four thousand words and in a day, was done with the first draft. On the second day, I made my children read it, yes it is safe for straight eighteen-year-olds. Between us three, we managed to tweak it good enough for submission.

My story, the title is Sock It To Me. It is a short story sci-fi that addresses the mysterious disappearance of socks. It is not meant to provide explanation of where pairs of socks go after a round in the dryer, but it is a theory I'd been playing around with for years.

There are many others involved in the anthology, and eXtasy Books was good enough to help out and make this publication possible. There is no money involved for me, or the other authors who donated stories. Even the author name is Friends of Dorothy who is in toto, all of us who love the rainbow way. Each book sold will help me and others lend a helping hand to the victims of the Orlando shooting as well as their families. It may be small, but all help is appreciated.

I hope you love our little anthology, many authors answered the call to arms. It's only right we go Over the Rainbow and to help out so in the end, love wins. 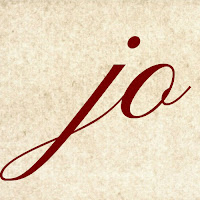 Posted by multitaskingmomma at 2:51 AM No comments:

Objectified is now available for PreOrder from eXtasy Books! 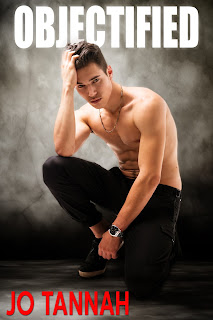 
The first time billionaire Paul Howell laid eyes on Arjan Kerchner he knew he’d been caught. Paul never expected to fall head over heels in love with a man he’d only just met, but if there was one thing he never questioned it was his instincts.Arjan was well aware of his perfect face and body but he'd turned his back on modeling to pursue his dreams of becoming a pharmaceutical chemist. Arjan never expected a stranger in a bar to buy him a bottle of water, nor to be courted by one of the richest men in the world the very next day.It could have all been fun and romantic, but for a stalker who refused to accept that Arjan was not a possession.Being in a relationship with a billionaire can be nice but restrictive, especially when there are bodyguards around. Will Arjan learn to live with the choices he makes so he can be with Paul, or will the stalker put a violent end to what is beginning to look like a romance made in heaven?

Posted by multitaskingmomma at 7:39 AM No comments: