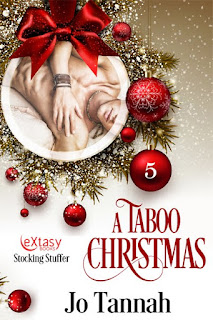 A Taboo Christmas
Forbidden food. Family drama. A lot can happen in the three days before Christmas.

When Zachary Parker’s grandparents come to town unannounced, his anxiety goes through the roof. His grandmother had always treated him like a child, but she’d also always known Zach was gay. Would she readily accept his relationship with a much older man?
Tristan knew from the start his relationship with Zach would be met with a lot of doubt and scrutiny from others. With the arrival of the grandparents, he would have to put his best foot forward. His best friend, Jon, Zach’s father, feared his in-laws and avoided them at all cost. That should have clued him in, right?
With Christmas Eve just around the corner, Zach’s grandmother insists on a traditional Noche Buena feast, putting Zach and Tristan directly in her path. Then there’s Zach’s secret present.
Will Tristan and Zach’s forbidden love find a happily ever after this Christmas Eve? 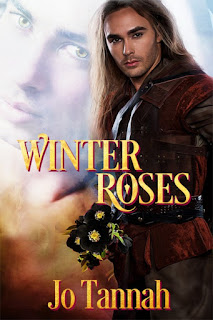 Winter Roses
When you let your heart lead the way, magic happens.


In Kizerain, preparations are underway for Yula, a once in a lifetime Royal festivity. Everyone is excited, except Anwyll and Pedr.


Prince Anwyll had always dreaded winter, but this year, he's turning twenty-five, and for the first time since his birth, the nation will be simultaneously celebrating three momentous events—his birthday, his ascension to the throne, and the identity of his chosen consort.
Pedr Gardner is a talented botanist whose days are spent experimenting to create new varieties of plants and designing gardens. As a recipient of a much sought after royal invitation, he needs to present the king with a unique gift. Unfortunately, he's coming up blank.
When a handsome man walks into Pedr’s garden, they strike up a conversation that soon evolves into friendship and finally love. As Yula draws nearer, Anwyll has to find a way to make Pedr his.

Posted by multitaskingmomma at 9:33 PM