It's 8:50 am as I'm writing this, January 1st, 2017 and I got rain of the first day of the year as well as puppies. I can't tell how many there are, in my FB I posted that pictures will come, but as my recalcitrant little Angie's not done giving birth, and my dachshund, Couscous, is still in the first stages of waiting-for-the-labor-to-pup, I won't post them yet. This is an exciting day for me. I adore puppies and can't wait to play with them all. Can't wait to get them adopted, too, but that's another story altogether.

2016 started out hesitantly for me, but I finally bit the bullet and did an awful lot of stuff. The biggest decision I had to make was taking a step back from blogging when I got overwhelmed with tasks and deadlines. Either I met the writing deadlines to submissions I'd signed up for, or I missed them and went on with the blogging. I chose the writing deadlines. This came at a time when my asthma just went out of whack and caught me blindsided, it was so bad. It took forever last year to get over the difficulties in breathing and having to deal with medications that made me have uncontrollable tremors and made me so high I was dreaming up daisies. (Note: I hate daisies. End. Note.) 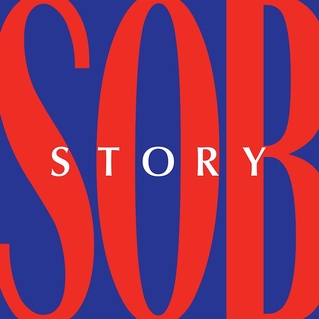 Now, what's going on? Warning! Sob story ahead. Read at your own risk!

Well, 2016 was full of GBUs, many were great and good, and there were lots of disappointments, too. I want to get rid of the disappointments so I'm going to go and talk about them first, but very briefly as I hate dwelling on spilt anything. I take up my mop and erase, then wash off the stink and leave a glistening floor.

Friendships were made, friendships were lost. That is the top boo-boo of 2016 for me. No, I'm not talking politics, that's meh, although I'd had to block a few because of some really nasty surprises. Friendships made online is fickle my friends, but there are many I've made through the years who're still close to my heart. Those I'd lost were mostly because of their selfishness which I can't stand. It speaks of the egotistical me, mine and myself and...well, I'm just not that type of gal.

One was lost because of some stupid issue I never wish to think or write about, so throwing it over my shoulder and vacuuming later. The second was lost because of theft, and I wish that former beta the best of fluck. Never will you grace your hands on my intellectual property again. (Yes, I have proof.) The third was because of a Careless Whisper - pun intended - for it happened on George Michael's death announcement. I loved that man, ever since I first heard him and saw him on MTV back in college (over 30 years ago peeps), I just fell for the guy. I don't have a lot of idols, but he was on the top five of mine. The top being David Bowie who also broke my heart for dying on me. Alan Rickman was another, he also broke my heart for he is forever my Sheriff of Nottingham and Severus Snape. A former "friend" commented something careless on a status I left on FB and it left me speechless, and unable to think of how to react. I wanted to scream, I wanted to yell, I ended up crying in my little corner, asked permission from a good friend if I could block and unfriend. My friend Ann was brutal to say the least. She said, do it! Now! So I reached out and unfollowed before clicking the final button option of BLOCK. You just don't know how your words hurt, former "friend." It was careless of you to say you honestly didn't think I was feeling broken for GM's death. Of course, who are you to know his songs gave me the ability to hold my head up high long ago, when I needed it most?

And no, I'm not going to bother talking about what went on for reals.

Okay, done with the sob story. Let's get on with what's coming for Jo Tannah in 2017. One word: LOTS!


First, I need to thank my former publisher, Wayward Ink, Publishing and it's owner, Lily Velden, for giving me that chance to submit and get published. I learned a lot of things during my short stint there, things that I will forever treasure and never forget. Due to some unforeseen circumstance, I had to make the difficult decision to pull back my books from their publication and, thankfully, I've been given my rights back. I will write another post about this topic on a later date, just know that for now, Hidden: Evils and The Way You Look Tonight (The Standards, Book #2) have been taken down from all vending sites, I will find a new home for them, but as I only got word on early evening of December 31st (last night) on my way out to a NYE dinner celebration, I couldn't very well address the issue. As for my other contracted works there, only one remains, and that is Royal: Guardian, a part of the Men In Uniform anthology. It's a short story written for that antho and will continue to be sold by Wayward Ink.

Second, I need to thank my publisher, eXtasy Books, for taking a risk on an unknown and publish Compelled. That was the beginning of a beautiful relationship that continues to get better everyday. The All Romance eBooks' fiasco of a closure was shocking, but as I had no self-published works there, I was not greatly affected. That eXtasy Books took the bull by its horns and declared all its authors were safe from that diabolical backstab of a cowardly move, I am now even more grateful for being a part of the eXtasy family. My other author friends, however, were not spared of the backlash and I was feeling too shocked for them and helping some find ways to get their books out there again. I hope I helped, even in my little way. (Note: this was a crappy way to end the year, you do know that right?) Thankfully, all readers who bought the good stuff over at ARE can now go present their receipts to the publishers like eXtasy and get their copies again. Just make sure you sign up for free, okay? You'll get all formats.

So far, I have these listed. I can't think straight really, I'm still reeling with the changes 2017 brings, so here goes. Remember, these are my schedules and can change any time. I may list them here, but I really have no idea if they are going to be released or not.

I actually have 5 more titles (3 books to a series (finished) and 2 standalones), but as I have no idea how to deal with them yet, I won't put them up. Oh boy, now that I'm thinking about this, I am really putting my head on the block here. Imagine! I gave myself deadlines! Holy camote! I think I just spilled over to 2018 *facepalm*


Ending this post on a good note by saying, Thank You, all of you, for reading my books, for giving me the chance to write my stories, and for just being there. I also wish to thank my lovely betas and friends, John and Jerry, Ann Mickan, Bronwyn Heeley, and Alina Popescu. I wish the miles were mere inches away, but the world is round and there's nothing we can do but Skype and be merry. Your friendship, your support, your brilliance at seeing the real me and knowing how I think (weird and manic) has given my online life a lot of good things to cherish. Your ability to make me see logic, whoa, that is my pot of gold. Your smirks when giving the back of my head a virtual loving tap to get me to see things straight, those love pats are even more treasured than the stuff toys and dolls lining my walls. Your shredding my work and making me see the shit I wrote is full of shit and have to be changed and edited, oh boy, I love getting whipped guys. Thank you *mwah*


If I sound like a masochist, I'm really not.
Even if I love the works of KC Wells and Parker Williams too much,
I'm really not into masochism. I just wanted to clarify this point. Thank you. *sniff*

And finally, to Susan Mac Nicol. Ms Susan, no other words but this: I love you. Thank you for being there especially when you gave me a logical talking to when I thought my heart would break.

All ready now! *shrugsandbrushesoff2016* I'm ready to rock! Let's all do this and be happy for what we have.