Three delightful short stories about how love begins in the most unexpected ways.
Meet Elliot and Dan in ‘Benchpressed’
City planner Elliot meets personal trainer Dan and between them, they whip the gym into shape…
“I happen to think you have a very nice belly,” Dan murmured. “It makes a change from the usual devotion to keeping a six pack.” His tone went dreamy. “I like a man with a bit of meat on him.”
Oh, fuck me. That sounded a bit awkward, even to me. My body flushed with heat and I cleared my throat.
Meet Davey and Gus in ‘Dear Davey’
Agony Aunt columnist Davey has an unfortunate habit of causing mayhem for fellow worker Gus. He also has no filter. Remind you of someone?
“Oh, and I’m sorry I set fire to your waste bin yesterday,” I muttered.
“Who else would it have been?” he said. “Do I need to take out company hazard pay when I go out with you?”
I huffed, flicking my hair back from my forehead. “Puhleaze. It’d be worth every penny, I promise.”
Behind me, Gus’s cologne invaded my nostrils and I closed my eyes, inhaling his scent.
Meet Cooper and Robbie in ‘Banana Appeal’
An errant gecko brings Graphic artist Cooper meets neighbour Robbie together. There may also be a banana involved.
I took a step forward, brandishing the banana toward him as if entreating him to eat it. Robbie took a step back, a wary look crossing his face. I wondered whether he’d expected me to ask him to fellate it. Because that would have been a complete waste when my dick was willing to be wrapped between those full lips. The banana didn’t stand a fucking chance if I got in there first. 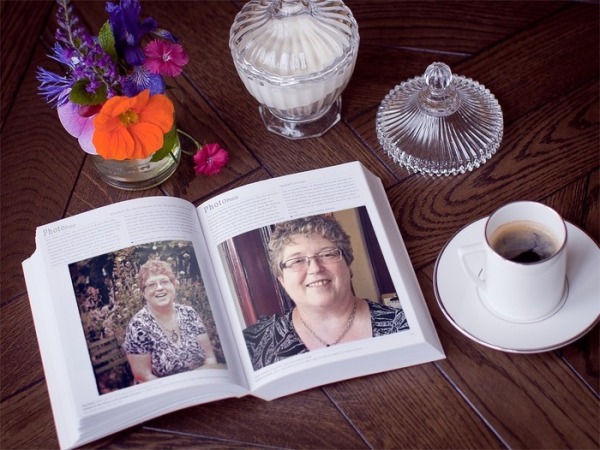 Susan Mac Nicol is a self-confessed bookaholic, an avid watcher of videos of sexy pole dancing men, geek, nerd and in love with her Smartphone. This little treasure is called ‘the boyfriend’ by her long-suffering husband, who says if it vibrated, there’d be no need for him. Susan hasn’t had the heart to tell him there’s an app for that…

In an ideal world, Susan Mac Nicol would be Queen of England and banish all the bad people to the Never Never Lands of Wherever -Who Cares. As that’s never going to happen, she contents herself with writing her HEA stories and pretending, that just for a little while, good things happen to good people.

Sue is a PAN member of Romance Writers of America and is a member of the Romantic Novelists Association in the UK. She’s also Editorial Manager at http://www.divinemagazine.biz, an online LGBTQ e-zine, and she’s a Charity Board trustee at http://wwwbeingmecampaign.com in London. She’s passionate about research for her books and has stayed in a circus, taken lessons from a blind person on how it feels to be blind, and travelled to a lighthouse with maintenance crew to see first-hand what it’s like inside. She’s also writing a screen play with a Hollywood actor named Nicholas Downs, with a view to taking her latest release, Sight Unseen, to the big screen.

Posted by multitaskingmomma at 2:53 AM