***The three hooded dark figures adorning the walls of Santa Eulalia Cathedral, Barcelona had always scared me. I would look at the pictures and shiver in fear, wondering if these were The Knockers, or as in the Philippines Legends we refer to as Kumakatok. These are stories handed down from generation to generation and somehow, they never change. They are portents of death. This short little story is my take on the urban legend. Hope you like it.

The seconds ticked. Trickles of sweat ran down Ezra’s temple. It made his skin itch, but he dared not move a muscle. One moment of distraction and he could lose Christian. His gaze flicked to the wall clock. As though in slow motion, the long hand moved from ten to eleven, and settled next to the shorthand already beneath twelve. More seconds ticked by, and the hand moved again.
Outside, an owl began to hoot, but Ezra didn’t dare look out. The moment of distraction was all that it took and the hand moved closer to twelve. Ezra felt his heart thunder in his chest. He tightened his hold on Christian’s hand as the sound of wings on flight broke through the dark, silent night.
“Ezra.” Christian’s raspy voice lured Ezra from his silent vigil. With trepidation, he looked into the eyes of his beloved.
“I’m not leaving you alone,” Ezra said. A tear fell on his cheek, followed by another and another.
“You must go, my love.”
“I’m not leaving you alone,” Ezra repeated with vehemence.
“The knockers are coming.”
“They will never take you away from me.”
“There is no stopping them.”
Three knocks on the door stopped whatever words Ezra was going to say. He inched closer to Christian when the door opened. Three hooded figures, one a pretty, young woman and two elderly men stood under the light of the three moons. Ezra crouched low over Christian, sobbing out his fear and anguish into his neck.
Like a tsunami, a whispered word swept through the hut.
Vengeance.
Seconds ticked, the longhand passed the shorthand. The three hooded figures turned their backs on the assassins’ lifeless bodies. Payment accepted. Justice had been served. 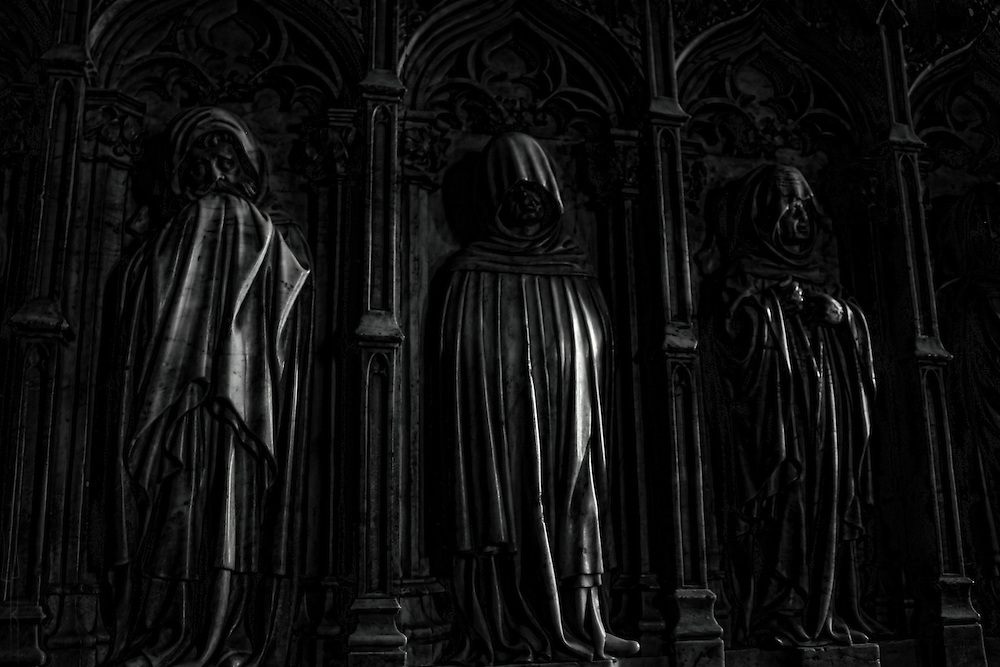