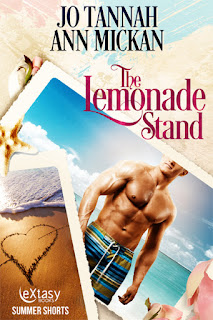 Who’d have thought that when life hands you lemonade, it could taste oh, so sweet?
Being home for the summer wasn’t something Ian Hamilton had planned on, but his mother surprising everyone with a fourth baby was also sort of unplanned. Ian’s father slowly going bonkers coping with sleepless nights, feeding the new baby, and dealing with Ian’s twelve-year-old twin sisters complicates things even more.
Michael Alexander had moved back into his parents’ home last summer, just until he could find an apartment nearer the hospital where he works. His parents had offered to look for him, but that was over six months ago.
One smmer day, Michael gets home exhausted, only to find a Lemonade Stand set up on the curb of his driveway, making it impossible to park his car. Expecting to see his neighbor’s twin girls, he’s surprised when he finds a young man instead—one who takes one look at Michael’s tired face and offers him a glass of lemonade and a flirty smile. 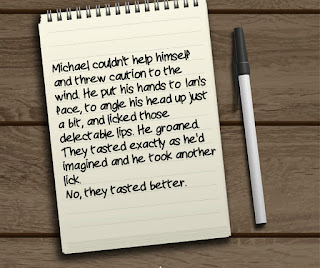 Posted by multitaskingmomma at 8:25 PM