How time flies. Construction on my house did not go ahead as scheduled. The architect promised three months and done. I have the screenshots to show if anyone cares to see. I asked said architect several times through the course of the first three months that the way I saw how the work was being done, the house wouldn't get finished on schedule. Several times, said individual reiterated their assurance that the schedule was right on...well, schedule.
Fast forward to the fifth month and the architect and contractor had been fired. I kept the foreman and his men because they were just as infuriated and angry at the two. I took over everything. Like...everything.
The good news is, the men stayed on because they were finally getting paid. The construction proceeded at a faster pace and eventually, on the last day of the fifth month, 90% got done. The painter, bless him, abandoned his job. He was connected to the architect and contractor and they diverted him.
I'm not suing them, but I am actively making sure everyone in the community, meaning the city, knows what they failed to do. Word of mouth still works, even in this day and age :D
All the time the house was getting done, I was too distracted to write. And if I so much as attempted to sit down and write, the BLOCK reared its ugly head. So I relaxed. Enjoyed the new house, etc. I relaxed.
The relaxation worked for the better. As you read from the title, I have three books coming up.

October ...sometime this month, THE HUNT will be released.
Sometime during the Christmas Holidays, HIS CHRISTMAS VALENTINE is releasing.
I don't know the exact date or month, but sometime before this year is over, DIVORCED DIVAS ANTHOLOGY: AROUND THE BLOCK will also be releasing.

Except for THE HUNT, I don't have the covers for my stories yet. I'll be posting those as soon as. 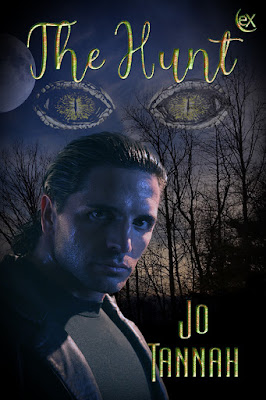 
When the hunter becomes the hunted, the only thing left to do is run.


Lieutenant Marcus Kildud and his men are rangers for hire. They specialize in insertion, extraction, escape, and evasion. He answers an urgent request from the Planet Terrus’ Prelate, the Lord Fulsam, whose son has disappeared and presumed dead.
Their task is to find the ring the Prelate’s son wore. The promised compensation and bonus offered are enough to make this their team’s final mission.
What they meet in the forest is something none of them have ever encountered before. Marcus now faces the unimaginable. He realizes too late that sometimes, running away may be the only option left to stay alive.

Note: This work has been previously published but has been reworked, re-edited, and expanded.


Release Date: TBA
Publisher: eXtasy Books
Blurb:
Can a Valentine song be the perfect Christmas gift?
It’s Christmas Eve and Vince is faced with a difficult decision. He’s wanted to marry his lover and partner, Iñaki, for the longest time and yet every time he asked, Iñaki always said no.
Can Vince set aside his personal misgivings and gift his beloved Iñaki the one thing he had been waiting to hear him play? Can playing this one song be the secret to getting his Christmas wish?

Note: This work has been previously published but has been reworked, re-edited, and expanded.

Title: Around The Block


Publisher: eXtasy Books
Blurb:
Sometimes the second time around is the right time.

Kevin McCallum ran out of a verbally abusive relationship of over twenty-four years. It was bad. Without going into the gory details, he left his house and ended up in an apartment. His older brother, Jason, sends him a private message on messenger telling him that an old boyfriend of his, Matthew Logan, was saying hi.
It troubles Kevin. At the time he’d dated Matthew, he had broken off the relationship before it had gone two months. He’d realized then that he hadn't cared for him. He couldn’t put his finger on it, but it hadn’t felt right when Matthew had held him in his arms. Kevin decides what the heck. He could talk to Matthew, no biggie. It doesn’t take long. Kevin finds Matthew’s profile page and requests a friendship. An hour later, the chat box pops up and Kevin and Matthew start chatting. They chat until dawn. The next day, they chat again right after work. Before Kevin realizes it, he’s telling Matthew everything and discovers he and Matthew have a lot more in common than he realized. Matthew’s going through a bad divorce himself, and with two kids, too. That was not the end of the common things and life events they shared.
Kevin couldn’t resist saying yes to Matthew’s invitation to meet up. The friendship soon turns into a romantic bond, and both men discover that yes, it is possible to find a healthy relationship the second time around.

What Am I Working On Now?

I have several Works In Progress going on, but these days I am actively writing on several series installments. I can't talk much about them but two are of the Sci-Fi category, one (or two) are Horror, and the other two are contemporary.

That I could finally write again is kind of freeing, so I will keep at it until my fingers drop.
Wish me luck :D