Check This Out! When It’s All Said & Done by Denise N. Wheatley

Hi Everyone! I'm so happy to be sharing my friend, Denise  N. Wheatley's latest contemporary romance novel with you.  When It’s All Said & Done was released March 1st courtesy of Red Sage Publishing, and she's given us a blurb, book trailer, and exclusive excerpt for all of you to enjoy! 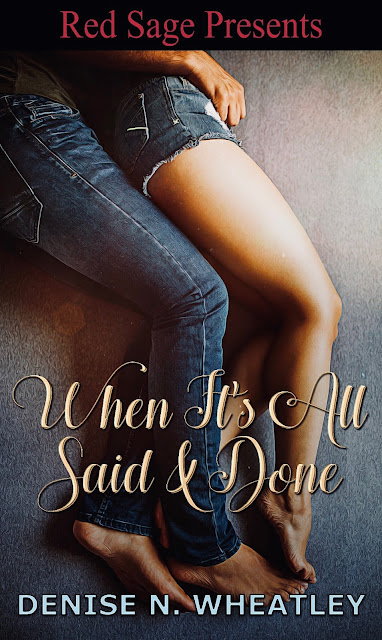 When It’s All Said & Done


Leslie James is a savvy aspiring writer who’s struggling to work her way up the coveted ranks of Limelight lifestyle magazine, where she works as the assistant to the editor in chief. As she hustles hard toward her dream of joining their elite writing staff, Leslie keeps her journalistic skills sharp by launching Blissful Beauties, a diverse beauty blog that celebrates all women.
While writing is Leslie’s passion, it also helps take her mind off of her last breakup and current relationship status: Single. Just when she begins feeling resistant to love, she meets sports journalist Michael—a handsome, divorced father to a young son with seemingly good intentions. At the urging of her best friend Crystal, Leslie befriends Michael but insists they remain strictly platonic. He’s determined, however, to win her over, and as their undeniable chemistry becomes impossible to resist, the pair’s friendship eventually turns into romance.
Things only get better when Leslie’s boss finds herself in a pinch and tasks Leslie with writing a feature story for Limelight. She delivers the article with flying colors and hopes that this will finally land her a seat at the writer’s table.
But when Michael’s ex-wife suddenly resurfaces and Leslie’s promotion stalls, both her relationship and career are left hanging in the balance, leaving her wondering what else could possibly go wrong…. 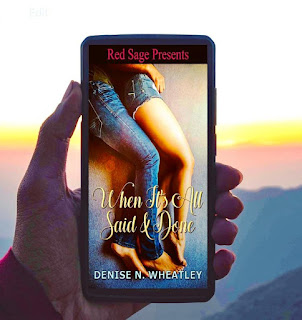 Once Michael finished cooking breakfast, he and Leslie headed into the living room to watch college basketball. The twosome chatted about a little bit of everything as they ate. And then, just when they sat their plates down on the coffee table, Michael turned to Leslie.

She stared blankly at him, thinking she must’ve misheard him.

Leslie’s chest began to tingle, and her eyes teared up a bit. The sweet, sincere look on Michael’s face was beyond words. She was positive that she’d never felt this way about anyone before in her life.

Michael wrapped his arms around her. He leaned in, and she closed her eyes, waiting to feel the soft, warm touch of his lips. And then, just when the tip of his nose gently brushed against hers, she heard the sound of keys rattling outside of the door.

Michael stopped abruptly. “Did you hear that?”

Michael jumped up and walked over to the door. Before he could turn the knob, it flew open, and Tyler came running inside.

“Hey, what’s up little man!” Michael said, picking him up.

Leslie stood up, smiling and waving at Tyler. Then she walked around the couch and waited nervously for Michael’s mother to walk in.  She hadn’t expected to meet his mom this soon, especially under these circumstances.

“Hello Michael,” a sexy-sounding female voice said. It sounded nothing like his mother.

Leslie watched as a beautiful woman carrying a designer suitcase appeared in the doorway. It was, in fact, not Michael’s mother. It was his ex-wife, Mia.

Leslie’s entire body went numb. She eyed Mia, noticing how tall and curvaceously thin she was. Her jet black wavy hair cascaded down her back. Her deep bronze complexion was flawless. Her hazel eyes were dazzling. And she acted as though Leslie was invisible considering she had yet to acknowledge her.

The atmosphere suddenly became tense and awkward. Leslie didn’t know what to do, so she looked over at Michael. He seemed to be just as shocked to see Mia as she was. When Mia reached out and tried to embrace him, he took a step back.

“What are you doing here?” he asked.

“Your mother called and told me the wonderful news about your sports casting job! Instead of calling to congratulate you, I decided to come home and give you my well-wishes in person!” 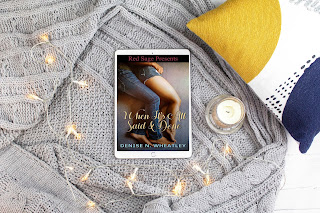 Leslie’s eyes widened. She could not believe what she was seeing or hearing. She struggled to keep her cool. Waited to be noticed. To be spoken to. Introduced. Something. But since that didn’t seem like it was going to happen, she cleared her throat, forcing Mia to acknowledge her presence.

“Oh. Hello. I didn’t see you standing there.”

“Hello, I’m—” Leslie began. But before she could continue, Mia interrupted her and turned back to Michael.

“I didn’t realize you had company. Your mother told me you were here alone.”

Michael looked at her in disbelief. “How did you get the keys?”

“Your mother gave them to me,” Mia smiled. “I stopped by there first to see her and pick up Tyler, and told her not to mention that I was coming home so I could surprise you.”

“I’m sorry,” Leslie interrupted, feeling as though a bomb might go off inside of her. “As Michael said, I’m Leslie.”

The smirk on Mia’s face said it all. She obviously felt as though she had the upper hand here.

Leslie looked down and saw a wedding ring set sitting boldly on Mia’s finger. She hoped that it was from a new husband and wasn’t the set that Michael had given her.

“Okay, here I come!” Mia then turned to Michael. “Your daddy has some things to take care of out here anyway.”

Before following Tyler to his room, Mia turned to Leslie with a beauty pageant smile on her face and waved.

“Nice meeting you…Lindsay was it? Take care,” she said dismissively before walking off in her fancy designer stilettos.

Leslie didn’t bother to respond. She was too irritated to even open her mouth. Instead she turned to Michael, struggling to maintain her composure as she stared at him silently and waited for him to handle the situation.

“Sweetheart,” he began, holding his hands up, “I swear I didn’t know she was coming here.”

“Oh, I get that. I’m just wondering why you haven’t asked her to leave.”

“Well…I just don’t want to make a scene in front of our son.”

Leslie’s heart plummeted to the pit of her stomach. “Michael, you do know what’s going on here, don’t you? How ironic that the minute you don’t get an NBA contract, she leaves. Then the minute you get a sports casting job on a major network, she reappears.”

“I know…But Mia is Tyler’s mother, and he’s so happy to see her. I don’t feel comfortable asking her to leave right now. It would break his heart.”

Leslie felt a lump forming in her throat. She looked into Michael’s eyes, wondering what all this meant for the two of them. She was afraid that if he let Mia stay, then somehow that could drastically change things between the two of them.

“So you’re going to let her stay?” Leslie asked quietly.

“I don’t have a choice. Please understand that, Leslie, Please…”

Loud laughter between Mia and Tyler came booming from his bedroom. Leslie felt completely defeated. She got it now. Mia was back. So it was time for her to leave.

Want more? Click the link below to order your copy of  “When It’s All Said & Done” now! 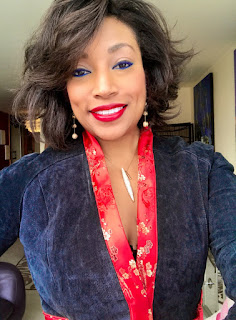 Denise N. Wheatley is a lover of romance, happy endings, and the art of storytelling. She’d cry as a three-year-old child when her mother read to her because she so badly wanted to read the books herself! Once she learned, Denise constantly had her nose in a novel (especially the ones she’d sneak from her mom’s bookshelf). She’s been writing for as long as she can remember and draws inspiration from Chicago, the city where she was born and raised, as well as Los Angeles, which is one of her favorite places in the world.

Denise has published several books and novellas with Simon & Schuster, Red Sage Publishing, eXtasy Books and independently. She’s also written screenplays and ghostwritten for some of your faves. When she is not sitting behind her computer, you can find Denise in a movie theater, on a tennis court, watching true crime television or chatting on social media. Be on the lookout for her next contemporary romance novel, “The Road to Bliss,” which will be released on May 1st courtesy of Red Sage Publishing!

Shop my collection of books and connect with me here: