When Will The Drama Ever Cease? Cancel Culture in the MM Writing World

Toxic. That's the word that comes to mind when I am met day after day after day with drama. It doesn't matter what kind of drama, they're all downers, but it's especially the toxic types of drama that could have been and should be avoided.

The resulting cancel culture does not detoxify, it intensifies.

The latest drama came about because of an author who confessed to wrongdoing. The confession was real, the wrongdoing was also real. Hence the drama. He made a mistake, now he's owning up to it. He is not hiding in any way. He has admitted to misjudging the situation.

But it wasn't because he meant to do harm, he didn't. On the contrary, his actions were meant for good. Only, the end result was the complete opposite. Disastrous, in fact. This is very sad and upsetting for everyone involved.

Now, before any of you get ruffled, calm down. Let's try to see how and why the drama happened.


All this drama and calls for canceling this author could have been avoided if only the author didn't react in a knee-jerk type of response. Without doing the proper background checking, he reached out to help. He called in a support group and they, again without proper investigation, helped him help the one who was supposedly in need.

The Lure of the dark WEB

Like all webs, things can get blown its way which can get caught, and eventually stuck. 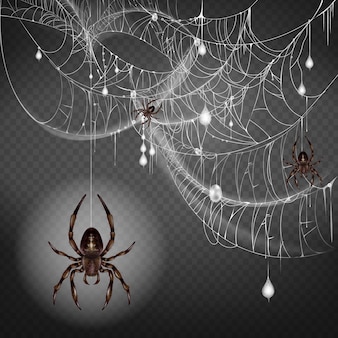 Okay, so the author got catfished. He got lured and got caught in the web of lies. This is a big deal for some, and not for others. Because, you know, the author should have known better. Things get a nasty turn.


All poindexters say they all should have known better.

What's not right is how the other authors, and some readers, are turning the mistake into a drama-filled, emotion-filled, self-pity party because they got triggered.


Say what? Who said this is about you?

Were we not talking about an author who confessed he got catfished and fell for it hook, line, and sinker and realized his mistake and is utterly, from the depths of his soul, sorry about it?

Why is this suddenly about you? When has this become about you?????

Why go online, screaming at the top of your lungs, of how dare this author use your abuse for his dramatic gains so he could increase sales?

Did I miss something?

The author is devastated and embarrassed to the point of self-flagellation. He didn't do his homework and has made a public apology for making a major mistake. He owned up to it. And for me, him owning up to it was one of the bravest things I'd ever witnessed.

Raise your hands those of you who have never, EVER!, made a mistake. (He who shall cast the first stone yada yada yada)

Am I hearing crickets?

If you can, that's because all of us have made mistakes, maybe not as bad as this one, but close.

JM Wolf, he owned up to it and is readily facing the backlash. He is embarrassed, he is most probably emotionally distressed, and is physically feeling battered. Because he owned up to a huge mistake, he has lost supposed online friends and readers.

Holy. Camote. (I wanted to use a different word starting with an S and ending with a T, but nvm...)

Lord in Heaven above, keep me grounded and logically sane.

JM made a mistake. An honest one. It wasn't that he pretended to make the mistake or that he had ulterior motives like boosting his book sales. No. So stop putting words in his mouth or accusing him of acting in a manner he never even did.

JM is not a catfisher. He got victimized by one. All those who got involved were victimized by these kids who thought it would be fun to play on the emotions of others for a buck.

And now, we, the ones who lurk in the sidelines and who are focusing on writing our stories are left to endure with the woe-unto-me posts by those who have never, ever, made a mistake of their own.

Really? Not only is that playing on the nerves and emotions of others (points to self) it is totally uncalled for. Why is it this particular drama about you? How or when exactly did you get inserted into the situation?


You inserted yourself into the narrative.