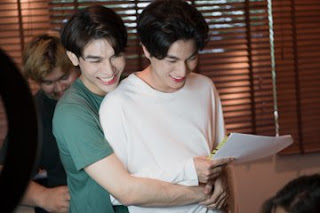 There is something about the Thai BL (Boy Love or MM) series, TharnType The Series (or TTTS), that grabbed my attention from the first second of the first season episode. Blame it on its stars, current heartthrobs Gulf Kanawut and Mew Suppasit  a.k.a. MewGulf. TharnType is the first series for Gulf while it’s the second for Mew. Their chemistry comes across the screen that is almost too hot to handle at times.
A little background: TTTS was a labour of love of the author who was laughed out of popular production studios for daring to dream of making a show out of her ‘porn with plot’ novel. Unfazed, she proceeded to pledge her assets, raise a tiny budget and outsource the entire production to a rookie team which, luckily, turned out to be massively talented. The auditions also, in an instance of incredible serendipity, coughed up two platinum-grade leads and in general, a stellar cast.
Even then, there were times the executive producer and author of the book, Mame (a pseudonym, since it is common for women erotica writers in Thailand to conceal their real identities), feared the series would never be finished. Production ran into severe financial and logistical issues. Thankfully, they did finish it and was able to get the Thai version of the show released Oct 7, 2019 through One 31, with a repeat with English subtitles through Line TV. S1’s opening scene got me hooked, all because of the scowling handsome face of Type (played by Gulf), a handsome homophobe with a dark past who, you guessed it, is going to fall in love with a proud and out gay man, Tharn (played by Mew).
It does not help that both actors are acting like a real couple when they're out and about promoting their solo, combined shows/endorsements, or just relaxing. Their relationship status has never been officially confirmed, but their fandom swears by MGPFG or MewGulf Paen Faen Gun (trans: Mew Gulf are dating/boyfriends for real). Long story short, I got hooked and went down the rabbit hole. I became a huge fan which is a surprise to me because I never go this deep into a ship couple.
Fast forward to today. TharnType Season Two has so far released three episodes and I found myself beginning to feel uncomfortable. Mew and Gulf are still the handsome, adorable men that they are, they play their characters without hesitation, there were times I had to take stock and rethink what I was seeing. There was too much Mew and Gulf seeping into Tharn and Type. I couldn’t put my finger on why I thought that, but then, episode three was released last night and I watched it.

To make it simpler on myself, I recorded my thoughts as I watched the episode unfold.

·      Lazily done backdrops. Why are they using MG's real-life couple photos? Can't they take pics of the TT characters for the series?

I know this is a creative decision because based on the initial reaction to the first episode, the fans were very happy to see MewGulf represented in the TharnType series. However, to me, especially with the bigger budget this time around, there is a feeling in my gut that the production was reluctant to invest money in creating a TharnType interaction that spanned seven years.

·       The laptop stand looks so familiar. I have one exactly like it, but it’s black and it sits by my side if bed when I am sleeping

·         Seriously? Internal monologues? This is basic. You don't put that in and stretch it. Come on

·         Internal monologues that are spoken and stretched out to several minutes means the actor could not translate the emotions across right? Or is this the shortcoming of the director, because frankly, the actor only does what the director asks them to do

·         Techno did that whole thing in one second. The boy can act! No need for the internal monologue to waste our time from this actor

·         Back to the restaurant…sigh why am I punishing myself like this? I am not a masochist. I swear. Scout’s honor

·         This is so cringy!!! Fiat and an ass. Okay, good acting there. But still, could’ve been shorter. Moving along…omg can I click fast forward?

·         wait, was Tharn thinking to propose to type that night too? That’s how I interpret it

·         oh god okay Thorn’s future fiancée. OMG, she looks older, and more powerful than Thorn. Just saying!!!!! He's going to be the wifey, not her for sure
And she’s the one doing the proposing…and will settle as Thorn’s #3 in life just as long as he promises she will be the only #3 and no other follows…hmmm. Interesting cultural information there. Nice touch.

·         Btw, that restaurant scene on the stairs....it should be cut down to 2 seconds of screen time. That was too lengthy and unnecessary

·         At the end of that engagement segment, shift to Type. Wow, G brought across unvoiced internal monologue in less than a second. That’s what I’m saying. Internal monologues don’t need to be stretched out to take up half the episode time. Way to go Gulf!

·         This is frustrating. I never got this frustrated with season one. Why are the unnecessary lines and scenes being given so much air time?

·         because everybody knows, it’s been set up in previous scene, that he is in freaking Venice, Italy and it is not even winter because he posted a pic from a gondola
what is he doing inside his room with a woolen scarf wrapped around his neck, standing by a bookcase and reading a freaking pamphlet? Which means its either spring or summer and that means, no need for a sweater. Or a  scarf. Indoors. Director? What say you to defend this?

·         Fiat and Type in hospital. Oh, that is a surprising twist. This is an obvious case of transference. Didn’t expect that

·         Leo arrives back in Thailand, to his house???? in full trench/long winter coat while wearing beneath it, woolen sweater, jeans, and leather boots

·         This is not on Mame, this is director. This is full on the director's shortcoming

·         "You’ve been making a fuss since you got here." that line. OMG that line. That is so out of...context. Leo? had just literally arrived not a full minute ago and he says that line that implies Leo had been there for hours or days. WTAH

·         Nana? That is the secretary bitch name's Nana???? Are you kidding me? (Nan Na is Mew Suppasit’s latest single. Maybe my frustration is getting the best of me…I’ll simmer down. I love that song.)

·         WTF Techno breaks character. What gives, Mame? Director? This is an elementary mistake

Okay, that was not as disastrous as I’d thought it would be, but it might as well be. I am confused. Don’t @ me. 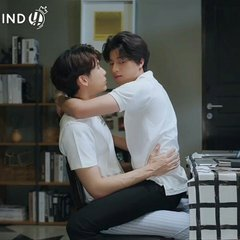 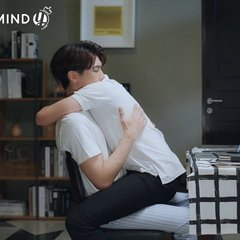 The biggest gripe of the fandom right now is the very short, and very limited ten minutes air time of MewGulf…erm, TharnType. The truth of the matter is, they saved the episode with their two sweet scenes that stole the entire show. That said, this episode definitely could use some whip to crack over the production’s thick skulls the direction for they're going the wrong way. They're steering off course. What was that about Techno suddenly saying Tharn was cheating on Type? He’s known the guy for seven years and everyone knows, it’s practically canon, that Tharn would rather hurt himself than inflict any kind of pain on Type. Ugh, I am not a happy camper here.
Based on the three episodes I’ve watched so far, this entire season two should have been retitled into something else. A couple of choices I could suggest would be, ChampKhun: TharnType the Series Season 2 or LeoFiat: TharnType the Series Season 2 because their characters were the focus on this one on top of the other one and another’s. Did I mention too many characters?
My thoughts:
For Ep3, there is definitely a lot less airtime for TT, ten freaking minutes total to be accurate about it. Yes, we took a timer and timed their scenes. If the rumors are true, that the TT will only find more airtime somewhere in the 10th ep, the rest would be spent on the side couples, then Ep13, will all be NC or erotic scenes between TT just, you know, to give us our pacifier lollipops (for the young het audience?). 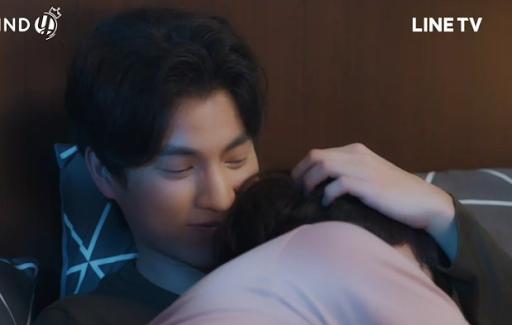 Why do I get this funny feeling we are only going to see MewGulf act the NC scenes...that's it...and add in smatterings of spice with small airtime drama droplets to pamper us fans?

This is a season 2, and the title is TharnType The Series Season 2 which begs the definition this is still about Tharn and Type. As a rule, when installments are written, there will be other characters written in, so I am not mad at that. What I am concerned about is the 10 mins in ep 3, and the little or more minutes in ep1 & 2.

Let's talk about the NC scenes...these were awesomely done and MewGulf gave us a lot to swoon over, but frankly, they were lollipop scenes designed to garner interest in the story. Also, there is one NC scene that had been sliced up to focus more on the side characters. So the lollipop was more obvious. At least to me it was.

Finally, I cannot help but look at the direction this series is going. Again, this is based on personal observation for I have written enough book series installments to fail in recognizing that the production is using the TT success to boost the minor characters for either a spin-off or something else altogether. I'm more inclined to go with the spinoff. From the amount of time given the side characters or ships, to the total lack of marketing push for the main characters TharnType I think I may be on the right track of prediction. Top it off, I have observed that the actors of the minor characters in season two are given more attention and consideration than the main actors Mew and Gulf. This is an observation again, from someone who is keenly watching from behind the scenes.

Do I like where this is going? Do I understand why this seems to be the direction the production is going? I am not sure what I am feeling right now. I went into TharnType because no matter it was a low budget film, it certainly grew into something bigger that it has become a cult classic with an international following and attention the likes of which no Thai BL series has ever had before. Not to mention, MewGulf is all over social media and their trendsetting activities continuously make it to the global trends list on Twitter. Trending to a Global ranking of #1 is a norm for this team.

In the end, I am a huge fan of both Mew Suppasit and Gulf Kanawut, the two rookies that could, and did. I will not allow my disappointment of the first three episodes get to me. I am hoping for a happily ever after, or even a wedding. Should I go and turn my back on this series, something in me would be very disappointed for I love to know how this all ends. 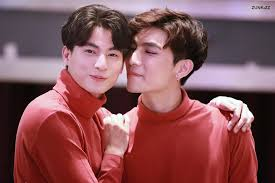 All Backlist Tiltes at 35% Off!