Manuscript is off for the final round. Stigma is coming!

One was of fire and Earth, the other, fire and light. Together, their passion will forever change the course of mankind.

In a time long since forgotten, men and malāikah interacted freely. Keeping watch over mankind are the iri or those who are awake.

Adar-Malik has survived a reaping, drought, famine, and numerous invasions to his lands, each time proving his resolve to protect his people. He has brought Qiruta from the edge of collapse, turning it into a kingdom many envied. He bows to no one, not even to the Creator.

V has been sent to observe and educate the young and powerful king of Qiruta in the ways of the world and to respect the Creator. When he meets Adar-Malik, V recognizes the human as his Chosen One and begins to question who and what he is.

Is V willing to give up everything to be with the human he loves? 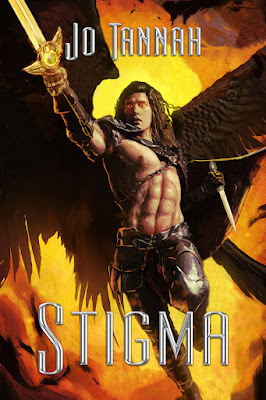